In Defense of Epic Fantasy

Heroic. Majestic. Impressively great. So reads one definition of the word “epic.” Simple and concise, these three modifiers together provide a useful frame upon which we can define one of the great traditions of literature: epic fantasy.

The roots of fantasy stretch as far back as storytelling itself. Who could argue, after all, that the Odyssey or Beowulf, with their majestic heroes, supernatural entities, and sweeping settings, are anything other than early seeds that germinated into today's fantasy epics. Reaching back even further, fantasy-like tales of great beasts, gods, and noble protagonists have populated fireside mythologies and oral histories since the inception of language.

What is it about these stories that grips the human psyche? Is it that the archetypal heroes common to epic fantasy represent an ideal to which we all can aspire? Is it that epic fantasy is, in many ways, the superlative expression of human imagination in storytelling?

Perhaps the answer is even simpler. Perhaps fantasy is merely the most thorough example of pure escapism: a complete turn away from the "real" world to a place where anything that can be dreamt is possible.

No discussion of modern fantasy, especially epic fantasy, is complete without a nod to J.R.R. Tolkien and his pioneering work, The Lord of the Rings. It is to this keystone example which all modern enthusiasts owe their allegiance. The Lord of the Rings established much of the literary etiquette that still defines the genre: comprehensive settings, exhaustive worldbuilding, thematic majesty, stakes with universal implication, massive battle campaigns, and larger-than-life heroes. At a time when Modernists like Ernest Hemmingway were reaching their apogee, Tolkien dared to conceive something entirely different: a tale so fresh and inventive the trajectory of fiction was forever changed.

In the ensuing years after Tolkien’s 1958 seminal work, other grandmasters have maintained and built upon the epic fantasy tradition. Each with his or her unique influence, these greats stood on the shoulders of titans and pushed the genre in fresh and exciting directions. Writers such as Robert Jordan with The Wheel of Time, and Terry Brooks with The Sword of Shannara are pillars propping the roof of the epic fantasy castle. Others like Brad Sanderson, Stephen R. Donaldson, and Tad Williams (among others) have played their part, setting the bar for what is possible and enjoyable in the genre.

Today, the proud tradition of epic fantasy remains as strong and vibrant as ever. The staggering success of George R.R. Martin’s A Song of Fire and Ice proves its continued relevancy for the modern audience. Other contemporary classics, like Patrick Rothfuss’s The Kingkiller Chronicle or Stephen King’s The Dark Tower, blend epic fantasy with other modes of speculative fiction, continuing the ongoing evolution as we move into the literary future. 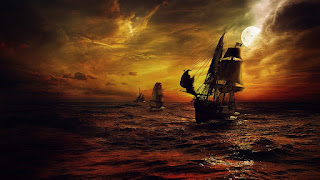 As a reader and eventual writer toeing my way into these vast waters, I have occasionally been swept away by the breadth of some of these monoliths of imagination. While some readers flinch at the sheer length of epic fantasy stories, others, like me, find that the more visceral and comprehensive these fictional worlds become, the more thoroughly we are able to suspend our disbelief and achieve full immersion.

Fantasy literature encourages me to recall the imagination I possessed as a child: belief in things like magic and monsters, witches and wizards. We reach a certain age when society demands us to accept such things as worthless platitudes. But fantasy arms us to fight against this grain and escape back into the neglected creative depths of our minds.

The power of fantasy, however, resides not just in the facilitation of this escape. Fantasy allows us to engage themes alive in the real world also. Employing the veil of fiction and the power of entertainment, these stories compel the reader to tackle real-life issues with far greater ease. In much the same way that indigenous peoples used mythical oral histories to transmit moral codes from one generation to the next, today we can use fiction and fantasy to promote mores that will improve society and the world.

In his classic work "Ars Poetica," the Roman poet Horace articulated that, “The aim of the poet is to inform or delight, or to combine...both pleasure and applicability to life.” Perhaps no greater argument for the joy and necessity of fantasy has ever been written.

If you enjoyed this post, consider signing up for my mailing list. When not over-analyzing genres of speculative fiction, I blog about all sorts of crazy, educational, entertaining, and occasionally funny topics from what makes an effective first paragraph to giant redwoods, medieval sailboats, the ancient Mayans and more. If you do sign up, you will get a once-a-week update on my posts and NOTHING ELSE! No spam, no selling your email to third parties. Okay, if I ever get around to publishing one of these works in progress that are constantly haunting me, I might send out an email letting you know. In the meantime thanks for reading!

Posted by Writers on the Storm at 1:02 PM