It is a period of un-civil war. Rebel writers, striking from messy desks and dark coffeeshop corners everywhere, have won their first victory against the evil Big 5 publishing Empire. During the battle, several writers managed to steal plans for the Big 5's secret weapon: the first paragraph....

Wait, why is it Episode IV? I have no idea. It was arbitrary...ask George Lucas. Maybe 20 years from now I'll do a half-cocked trilogy prequel. 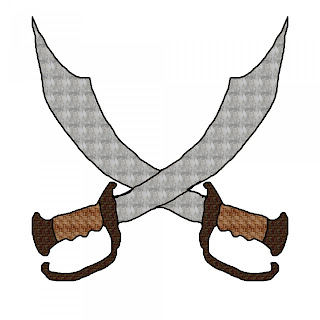 Supplied are five first paragraphs from comparable fantasy novels. (Okay, since some of them are so short it is more like the first two paragraphs.) Some of the excerpts are from well-respected authors/books and some, well, perhaps not. If you recognize one of more of these, try to be as objective as you can! This works best if you enter the battlefield with absolutely no preconceived notions based on the author/book's reputation.

What is the point? As an author I am always struggling to get and keep people's attention. Call it a hook, call it whatever, with so many books to read you often have only a few words to convince someone that your book is worth their time. This battle, hopefully, sheds a ray of golden sunshine on just what hooks people the most.

My recommended methodology. Pretend you are at your favorite book store and stuck between five books and could only buy one. Just by reading these five excerpts which would you choose? Which made you want to read farther?


It only takes a second to vote, you don't have to sign up for anything, and the more people that vote the better the results. SO PLEASE PLEASE PLEASE TAKE THE SECOND TO VOTE!!!!

**NOTE Apparently the voting mechanism is not working. Damn! If you are so inclined, please vote with a comment. You don't have to sign up for anything. You can even vote as anonymous if you like. I appreciate any and all feedback!

Born below the ever cloud-capped peaks that gave the mountains their name, the wind blew east, out across the Sand Hills, once the shore of a great ocean, before the Breaking of the World. Down it flailed into the Two Rivers, into the tangled forest called Westwood, and beat at two men walking with a horse and a cart down the rock-strewn track called the Quarry Road. For all that spring should have come a good month since, the wind carried an icy chill as if it would rather bear snow.

Gusts plastered Rand al’Thor’s cloak to his back, whipped the earth-colored wool around his legs, then streamed it out behind him. He wished his coat were heavier, or that he had worn an extra shirt. Half the time when he tried to tug the cloak back around him it caught on the quiver swinging at his hip. Trying to hold the cloak one-handed did not do much good anyway; he had his bow in the other, an arrow knocked and ready to draw.

His father was the last person he’d seen alive and that was 3,394 days ago.

There was no reason to think about that now, standing alone in a meadow with a mattock in his hand and a hot wind exhaling against his face. He hoisted the iron high above his head and brought it down with a shoop in the soil.

High above, a lone cloud drifted between him and the sun. He closed his eyes, relishing the temporary reprieve. But as soon as it was there it was gone, and the full-strength of the June heat resumed.

It was night again. The Waystone Inn lay in silence, and it was a silence of three parts.

Let’s start with the end of the world, why don’t we? Get it over with and move on to more interesting things.

First, a personal ending. There is a thing she will think over and over in the days to come, as she imagines how her son died and tries to make sense of something so innately senseless. She will cover Uche’s broken little body with a blanket—except his face, because he is afraid of the dark—and she will sit beside it numb, and she will pay no attention to the world that is ending outside. The world has already ended within her, and neither ending is for the first time. She’s old hat at this by now.

Logen plunged through the trees, bare feet slipping and sliding on the wet earth, the slush, the wet pine needles, breath rasping in his chest, blood thumping in his head. He stumbled and sprawled onto his side, nearly cut his chest open with his own axe, lay there panting, peering through the shadowy forest.

The Dogman had been with him until a moment before, he was sure, but there wasn’t any sign of him now. As for the others, there was no telling. Some leader, getting split from his boys like that. He should have been trying to get back, but the Shanka were all around. He could feel them moving between the trees, his nose was full of the smell of them. Sounded as if there were some of them shouting somewhere on his left, fighting maybe. Logen crept slowly to his feet, trying to stay quiet. A twig snapped and he whipped around.

Thanks for participating! Keep updated by signing up for my weekly newsletter for an analysis of the results. Depending on the level of interest I'll keep it open for somewhere between a week and a month and do a follow up post with a revelation for which paragraph belonged to which book and which was the winner!

As always, thanks for reading. If you enjoyed this post/vote consider commenting below or signing up. I like to use these blog posts to blather on about anything from giant redwoods, to the ancient Mayans, to my desire for a prehensile tail and more.