A list of good reads, good authors, good films that have influenced me. If nothing else, it makes a good segment that can stretch out that reading list of yours... 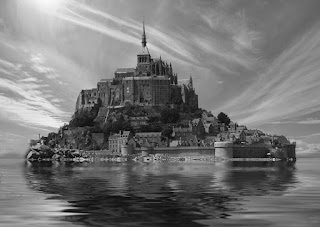 I discovered this gem somewhat recently and was blown away by the originality and complexity of Rothfuss's masterful creation. It has some familiar trappings of  fantasy but with a fresh twist. As of now he has written two of a supposed trilogy, and his fans desperately wait for the next installment. We may have to wait longer, however, as this series has been optioned for a movie and a potential television series that is sure to be a distraction for Rothfuss.

Check these titles out on Amazon:

The First Law Trilogy (Joe Abercrombie)
Fans of Game of Thrones will enjoy the grit and violence of the First Law Trilogy. But don't expect a copycat. This series turns the usual tropes of fantasy upside down. No character is completely good or bad, and people don't always get what they deserve.

Ghostwritten- David Mitchell (1999)
This book shows that science fiction does not always have to be aliens and spaceships. The genre can accompany many other facets and still be entertaining. This novel includes an overlapping cast of characters and their separate stories. Vividly written and intellectually challenging. A very intriguing and unique read and was the predecessor of the more famous Cloud Atlas (2004)

The Road- Cormac McCarthy (2006)
It is rare that a writer comes along that is so far in their own universe that there is simply no one to compare him to. Cormac McCarthy is this writer. He is complicated, masterful, challenging, intellectual, deep. Any number of his writings deserve to sit on this list. The mainstream media is now fully aware of his literary superpower, and his books have sky-rocketed in popularity. Titles like All the Pretty Horses and No Country For Old Men, have become highly successful films. But for this list it is his haunting 2006 post apocalyptic Pulitzer Prize winner, The Road. Not much to say about it other than wow!

Rabbit, Run- John Updike (1960)
Nobody writes better sentences than John Updike. Though this brilliant writer left the world in 2009 he left us with some of the most brilliantly written fiction of the second half of the 20th century. He is the Jimi Hendrix of prose, the Michael Jordan of the domestic novel, the Tiger Woods of the American modern literary-fiction canon. The...well you get the picture. Seriously though, he won the Pulitzer Twice (only two other authors have done that), the Guggenheim Fellowship, the National Book Award, the National Book Critics Circle Award, etc, etc, etc. There is no more decorated writer in American history and for good reason.

Beloved- Toni Morrison (1987)
I bow at Toni Morrison's literary altar every time I sit before my computer. Beloved is a masterful and amazing book that played a large role in Toni Morrison winning the Nobel Prize for Literature in 1993, the last American to do so until Bob Dylan won in 2016. This book is emotional, deep and complicated. Nobody who reads it can forget it.

Life of Pi- Yann Martel (2001)
This book deserves to be here. It is complicated, intense, fascinating and beautiful all at once. It's one of those books people want to talk about. Life of Pi will stick with you long after you push past the final page. The movie adaptation was quite well done, but if you skip the book in lieu of the movie, you will miss out. 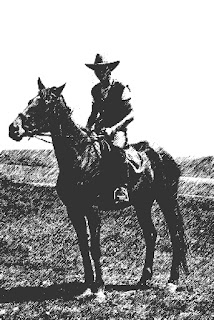 Though most of it is garbage there are some high quality shows on television. Here are a few that have inspired or still inspire me.

Game of Thrones
It can't be denied. Game of Thrones is a fantasy powerhouse. It has become a cultural phenomenon and has breathed life into a somewhat stagnant fantasy genre. Yes...I like it too. In fact, though I can't believe I am saying it, I think I like it better than the books.

Mad Men
AMC has been crushing it with both action thrillers (Walking Dead, Breaking Bad) as well as more literary television dramas. A favorite of mine in the latter category is Mad Men. When I watched the first episode of this critically acclaimed drama, I was convinced it was going to be too slow for my taste. I soon discovered that it's personal, domestic theme engaged many literary qualities that I recognize as great writing. Understatement and subtle symbolism, often used together, make this show a complex weave that documents several characters as they negotiate the world of advertising in the vibrant 1960's.

Deadwood
It crushed me when HBO decided to cancel this excellent show after a mere three seasons! But I still love it. The western genre has been a favorite of mine for years and this cowboys-meets-Sopranos (it came before The Sopranos by the way) format was a fresh and original twist on one of my favorite time periods.

The Godfather (1972)
Ever since I first watched The Godfather it has been an enduring favorite of mine. Not because I fancy myself as some sort of power-hungry don (anybody who knows me can attest how far from the truth that is) but because of the complicated characters, the excellent writing, and the thrilling story that draws you in and keeps you on your toes for the full three hours.

Star Wars (1977)
It was Star Wars and other movies like it that first drew my imagination into storytelling and showed me the power of what speculative fiction can do. Despite a million copycats, Star Wars continues to intrigue all these years later and the new Episodes to this day captive the minds and imaginations of millions.

Oh Brother Where Art Thou? (2000)
You have to give the Coen brothers credit, they know how to spin a good yarn. And they can do it with comedy and drama alike, a rare gift. I could easily have put The Big Lebowski here or even No Country for Old Men. But Oh Brother is the perfect combination of wit, humor, storytelling, and intellectual prowess.

YOUR OPINION MATTERS!
What are your favorite books and movies? I want to hear! Tell me in the Good Reads topic in my Speculative Worlds Forum

All writing, photography and music is the original work of Brian Donald Wright and may not be copied, distributed, re-printed or used any form without express written consent of the author. Find out here how to CONTACT me with publishing and/or use questions