Ten Facts About the Ancient Mayans You Probably Didn't Know 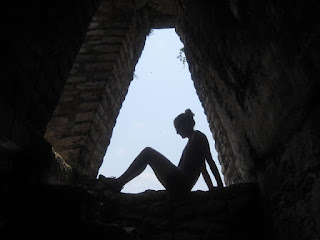 The civilization of the ancient Mayans is among the most intriguing in history. At once primitive, with their practice of human sacrifice, yet strikingly advanced with their incredible understanding of astronomy, the Mayans were a civilization of mixed cultural evolution. They have captivated modern society with their elusive mysteries, massive pyramids and remarkably accurate calendar that came, as so many think, to abrupt end on December 21, 2012.

Many components of Mayan history remain a mystery. During the Age of Conquest, colonizers like the Spanish burned many important historical documents (in the name of religion) that could have taught us many things about Mayan society. Though we have been able to piece together much from the inscribed codices and stela at many Mayan sites, much still remains to pieced together to understand these amazing people.

1. The Mayans did not think the world would end on December 21, 2012
The Mayans were obsessed with tracking time, and they operated under two separate but interwoven calendars. The fabled date of December 21, 2012 has long been misunderstood in contemporary times as a prediction of the end of the world. However, the date was simply the end of one "Long Count" cycle called a b'ak'tun. This would have been the cause of a great celebration for the ancient Maya, but there is no evidence to support that they thought it would mark the end of the world.

2. The Mayans vigesimal numbering system was far more advanced and efficient than the Roman's
The Mayans used a base 20 (vigesimal) numerical system that required far fewer, and far less convoluted, symbols than the Roman numerical system. Based on the number of human digits (fingers and toes), Mayan numbers were easy for traders to use in markets. 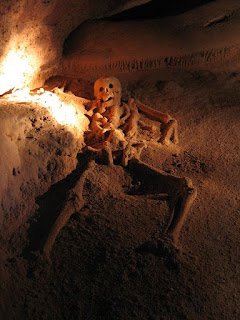 3  The Mayans practiced human sacrifice, but not nearly as much as you think
Mel Gibson's portrayal of the Mayans in the movie Apocalypto as blood-thirsty purveyors of extreme human sacrifice was pure nonsense. Though, as nearly every other culture in Mesoamerica, the Mayans did engage in ritual sacrifice, they did so in far less numbers than did other of their contemporaries and successors, notably the Aztecs.

4. The Mayans were not a singular, unified culture
As opposed to say, the Romans, the Mayans did not think of themselves as a unified culture and they had no central leadership. They were instead a series of interconnected city-states who shared a common belief system and architectural style.

6. The commoners of the ancient Mayan culture lived better lives than do many in the same present-day region
The commoners of the Mayan world were not slaves (in fact, the Mayans practiced very little slavery) and lived quite healthy and prosperous lives. With an abundance of maize and domesticated livestock and well-constructed housing, Mayan commoners lived in better conditions than many in present-day Panama, Honduras, Guatemala and Belize, the present-day countries where much of the Mayan territory existed.

7. During the time of the Ancient Mayans, more people dwelt in their territories than in the same region today
The jungle wilderness of western Belize and Guatemala once hosted a large population of Mayans. Cities like Caracol and Tikal had populations as high as 150,000 people. This dwarfs the modern populations of the same region of the world. 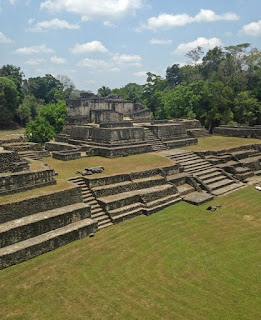 8. Flattening the forehead was practiced by all castes of Mayan culture
The practice of flattening the forehead of an infant (by tying a board against their skull) was common not just among nobles but among the commoners as well. As one source notes, "It was simply done to make a Mayan look Mayan."


9. The Mayans domesticated Jaguars
The Mayans kept domesticated jaguars for the purpose of skinning them for their hides. Jaguar hide was a favorite clothing of the Mayan nobility. They also domesticated llamas and alpacas as well as dogs and other animals.


If you enjoyed this post, consider signing up for my mailing list. I blog about all sorts of crazy, educational, entertaining, and occasionally funny topics from what makes an effective first paragraph in a novel to giant redwoods, medieval sailboats, the ancient Mayans and more. If you do sign up, you will get a once-a-week update on my posts and NOTHING ELSE! No spam, no selling your email to third parties. Okay, if I ever get around to publishing one of these works in progress that are constantly haunting me, I might send out an email letting you know. In the meantime thanks for reading.

Posted by Writers on the Storm at 6:31 PM